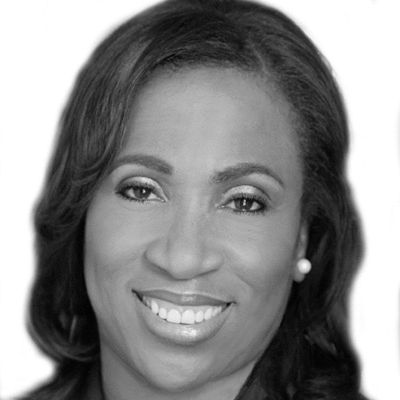 Sabrina is a NAACP Image Awards nominee in Outstanding Literary Work- Instructional for her book “Do I Look Like An ATM? A Parent’s Guide To Raising Financially Educated African- American Children” and the satirical “A Kettle Of Vultures…Left Beak Marks On My Forehead“. She has written cover stories for Essence, Heart and Soul and Black Elegance on subjects including from Gladys Knight, The Evolving Black Church, Why Women Love Bad Boys to Surviving The Holidays with Your Family. Sabrina was the columnist for Black Elegance Magazine’s He Say/She Say column. She is the recipient of the Rainbow Push/Wall Street Project Honors. Sabrina was designated as New York 1 Television’s “New Yorker of the Week” and a member of Who’s Who in Black New York. Sabrina was a 2016 Grand Marshal of the African-American Day Parade. Sabrina was named 16th on the list of 50 Top Black Women in Entertainment in Black Noir magazine.

Sabrina formerly co-hosted “The Morning Show” on 1600 WWRL in New York City, interviewing cultural figures to government officials. She co-hosted the highly-rated “Open Line”, “Week In Review” and “Wake-Up Club” on WRKS-FM, respectively. She also hosted and produced “Laughing, Lying and Signifying” the history of Black Comedy on WBAI-FM. Sabrina has been featured on CNN’s Nancy Grace, Fox Business Network, WNBC-TV, WCBS-TV and numerous other national print, radio and television. Sabrina headlined on Lifetime Television’s Girl’s Night Out, where she wove her comedic skills around issues such as homelessness, foreign policy and spousal abuse. Sabrina got laughs and delivered the message. She was also a political satirist on Phil Donahue’s America’s Talking Network. Other credits include NBC’s “Saturday Night Live”, The Original Improv, Comedy Cellar, HBO/Toyota Comedy Festival and BET’s Comicview which nominated her Best Female Comic and Best Impersonator. Sabrina was a finalist at the National Association of Television Programming Executives Convention where she impressed a standing room audience with her pitch of the romantic comedy, Callaloo and Cornbread. She also produced the hairlarious docu-comedy “UnBeweavable: Woman, What Did You Do To Your Hair?” The film earned The Audience Choice Award at Sheryl Lee Ralph’s Jamerican Film and Music Festival in Montego Bay, Jamaica.

Sabrina is active in the New York Road Runner’s Club and is a three time finisher of the New York City Marathon. Sabrina is also a solo performance artist. Most notably, her sold out show “Marissa Alexander” debuted Off-Broadway at the United Solo Festival and at the Cherry Lane Theater. Sabrina is the Founder of the WorldofMoney.org, dedicated to the financial education of underserved youth. She has received numerous awards for her 11 year commitment to youth financial education.