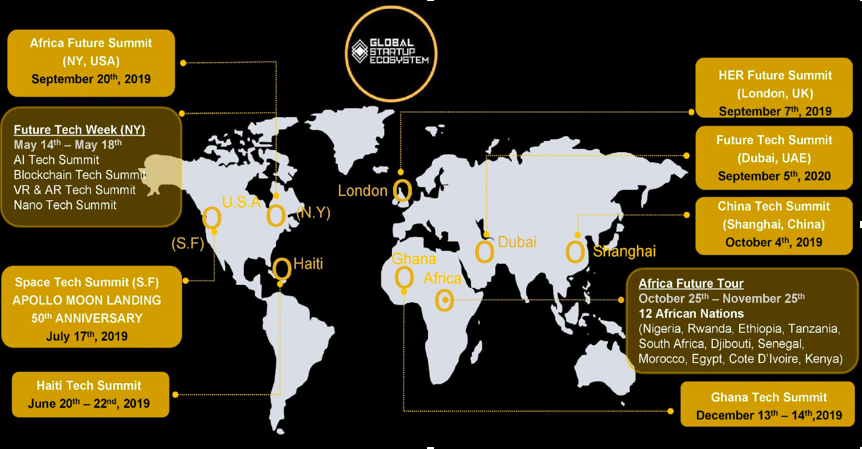 [January 24, 2019, Davos, Switzerland] Meventum is hosting a series of tech gatherings around the world to help government and corporate initiatives succeed in achieving the 17 Sustainable Development Goals by 2030. The theme for the 2019 World Economic Forum is Globalisation 4.0: Shaping a New Architecture in the Age of the Fourth Industrial Revolution. As the fastest growing tech community of pioneers with purpose, Meventum, gathers thousands of influencers each year with the goal of creating tech hubs in emerging market countries. The 20 global summits will be centered around 3 key accelerator inspired objectives:

For more information on tickets, sponsorships and partnerships, please email the team at events@globalstartupecosystem.com.